The Taiwan capital’s new landmark building, commissioned by the Taipei City Government, has been designed by Dutch practice Office for Metropolitan Architecture (OMA) in collaboration with local architecture firm Kris Yao | Artech, engineer Arup and landscape and interior designer Inside Outside.

A spherical 800-seat proscenium theater, Globe Playhouse, is designed to resemble a planet docking against the cube. Grand Theater is a 1,500-seat space for hosting a wide variety of performing arts, while, opposite and on the same level is an 800-seat multiform theater, Blue Box, whcih will be used for the most experimental presentations.

When brought together, Grand Theater and Blue Box become the 2,300-seat Super Theater, a huge performance space equipped with facilities to meet the challenging pyrotechnical demands of contemporary theater.

The general public (with or without a ticket) enters through a public loop that runs through the theater’s infrastructure and production spaces – spaces that are often hidden from view. Portal windows along this allow visitors to peer into performances and the technical spaces behind the theaters.

A central cube into which all three theaters are ‘plugged’ – accommodates the stages, backstages and support spaces. This cube is elevated off the ground to create a landscaped plaza.

The center has multiple faces defined by the protruding auditoriums, unlike typical performance centers that have a front and back. The auditoriums with opaque façades appear as mysterious elements docking against the animated and illuminated central cube, clad in corrugated glass.

TPAC opens on 7 August with an inaugural season of 37 productions and 142 performances using all three theaters, as well as five additional non-theatrical spaces. 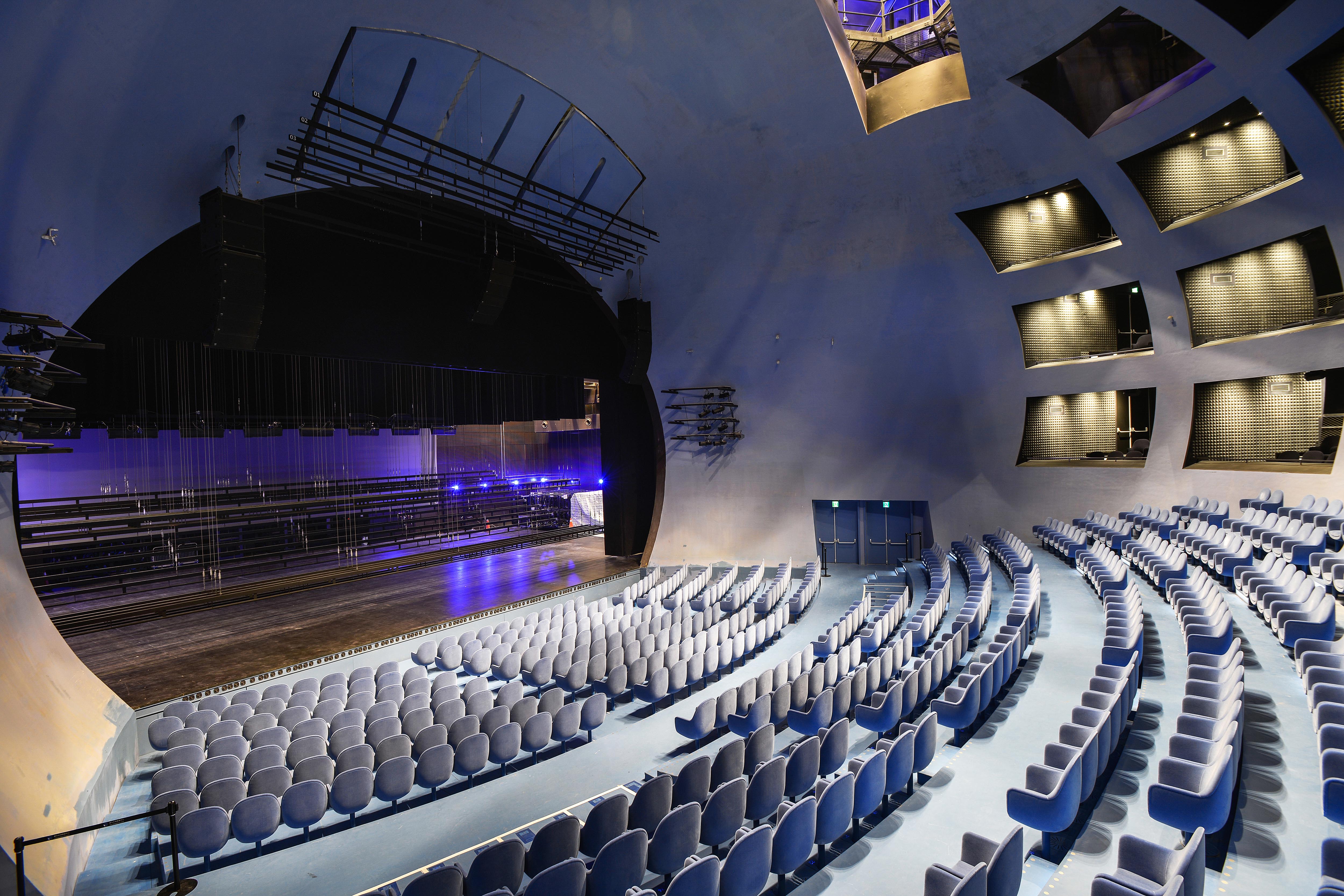 An ancient art form for civic participation, the theater has evolved into the modern world as a vocation of the culturally refined, with its significance in daily life diminished. Theater space is valued for its potency for formal cultural productions, rather than its power to include and divert, and to be instantaneous. Contemporary performance theatres have increasingly become standardised: a combination of two different-sized auditoriums and a black box, with conservative internal operation principles for authentic work. Can a public theater still be inclusive, accommodating the classic and the serendipitous, the highbrow and the masses, the artistic and the social – a place for the creative life of all?

Located at Taipei’s Shilin Night Market, marked by its vibrant street culture, Taipei Performing Arts Center is architecture in limbo: specific yet flexible, undisrupted yet public, iconic without being conceived as such. Three theaters plugged into a central cube allowing performing spaces to be coupled for new theatrical possibilities. The cube is lifted off the ground for a Public Loop to extend the street life of Taipei into the theater. New internal possibilities and connections of the theater generate different relationships between producers, spectators, and the public, also a critical mass that works as a fresh, intelligent icon. 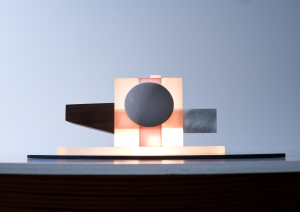 The central cube consolidates the stages, backstages and support spaces of the three theaters and the public spaces for spectators into a single and efficient whole. The theatres can be modified or merged for unsuspected scenarios and uses. The spherical 800-seat Globe Playhouse, with an inner and an outer shell, resembles a planet docking against the cube. Intersection between the inner shell and the cube forms a unique proscenium for experimentation with stage framing. Between the two layers of shells is the circulation space that brings visitors to the auditorium. The Grand Theater, slightly asymmetrical in shape and defying the standard shoebox design, is a 1,500-seat theater space for different performing arts genres. Opposite to it and on the same level is the 800-seat Blue Box for the most experimental performances. When coupled, the two theatres become the Super Theater – a massive space with factory quality that can accommodate productions that are otherwise only possible in found spaces. New possibilities of theater configurations and stage settings inspire productions in unimagined and spontaneous forms.

The general public – with or without a ticket – is invited into the theater through a public loop, which runs through the theater’s infrastructure and spaces of production that are typically hidden. Portal windows along the public loop allow visitors to look at the performances inside and technical spaces in between the theaters.

Different to typical performance centers that have a front and a back side, Taipei Performing Arts Center has multiple faces defined by the theaters protruding above ground. With opaque facades, these theatres appear as mysterious elements against the animated and illuminated central cube clad in corrugated glass. A landscaped plaza beneath the compact theater is an additional stage for the public to gather, in this dense and vibrant part of Taipei.
Rem Koolhaus and David Gianotten, OMA 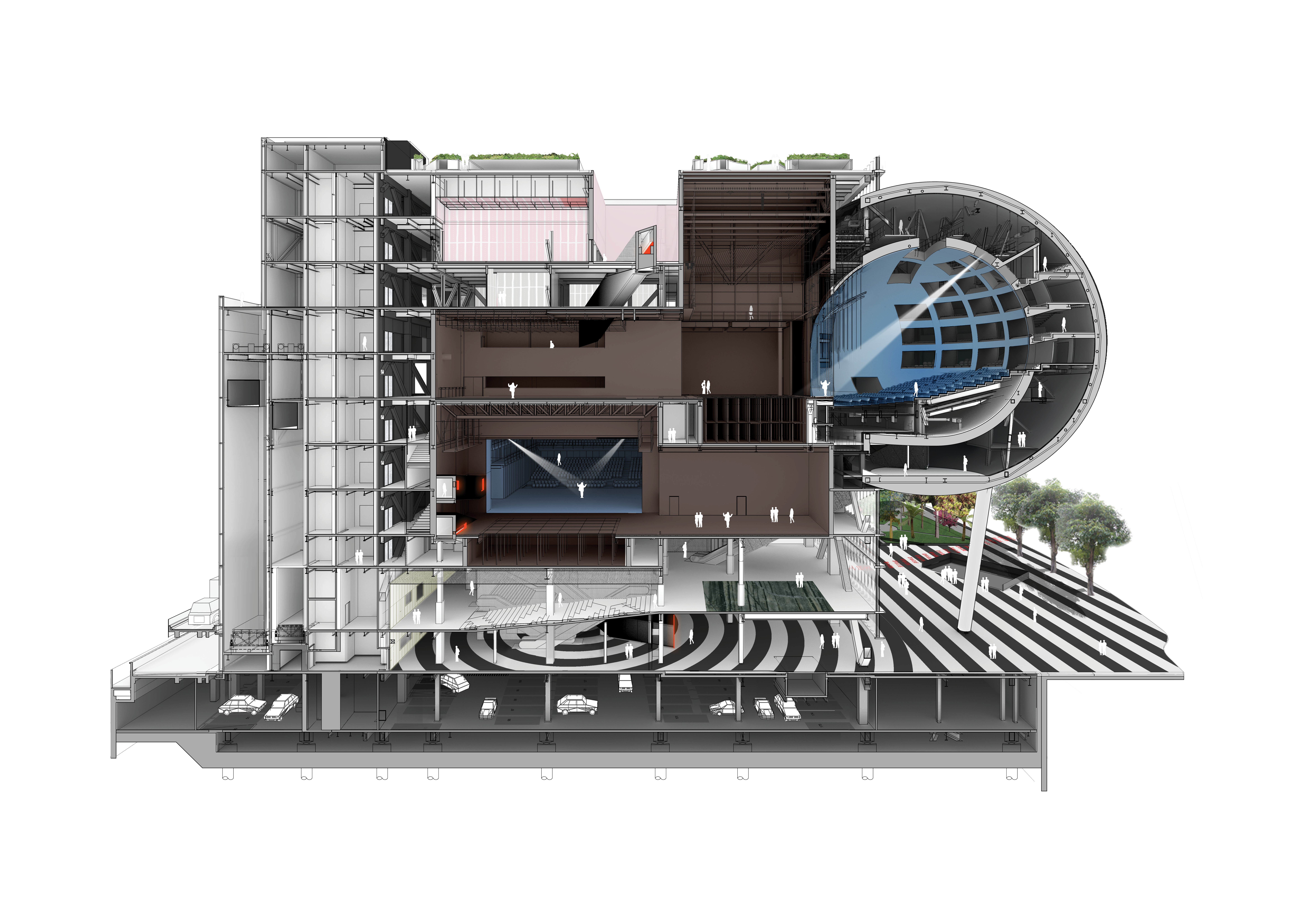 The completion of Taipei Performing Arts Center has a significant meaning for the arts. It is special in the sense that it is a platform that grows together with the younger generation. Their continuous reflection and practice will result in a spectacular arts scene in the future.

What distinguishes TPAC will be the way it grows and develops with the city and its residents. We will provide time and platform to realize the potential of culture through research, discussion experimentation and reflection.
Liu Ruo-yu, chairman, Taipei Performing Arts Center

Taipei Performing Arts Center’s completion represents the positioning of Taiwanese theater in 21st-century contemporary theater. All perspectives are welcome. All possibilities are included. All art forms can happen here.

TPAC is much more than the sum of its three theatres. Every foyer, every plaza, every unexpected corner is brimming with creative potential. We believe the theater of the future will outgrow conventional theatrical spaces. TPAC is prepared for every form of contemporary performance art from the most adventurous artists.
Austin Wang, CEO, Taipei Performing Arts Center 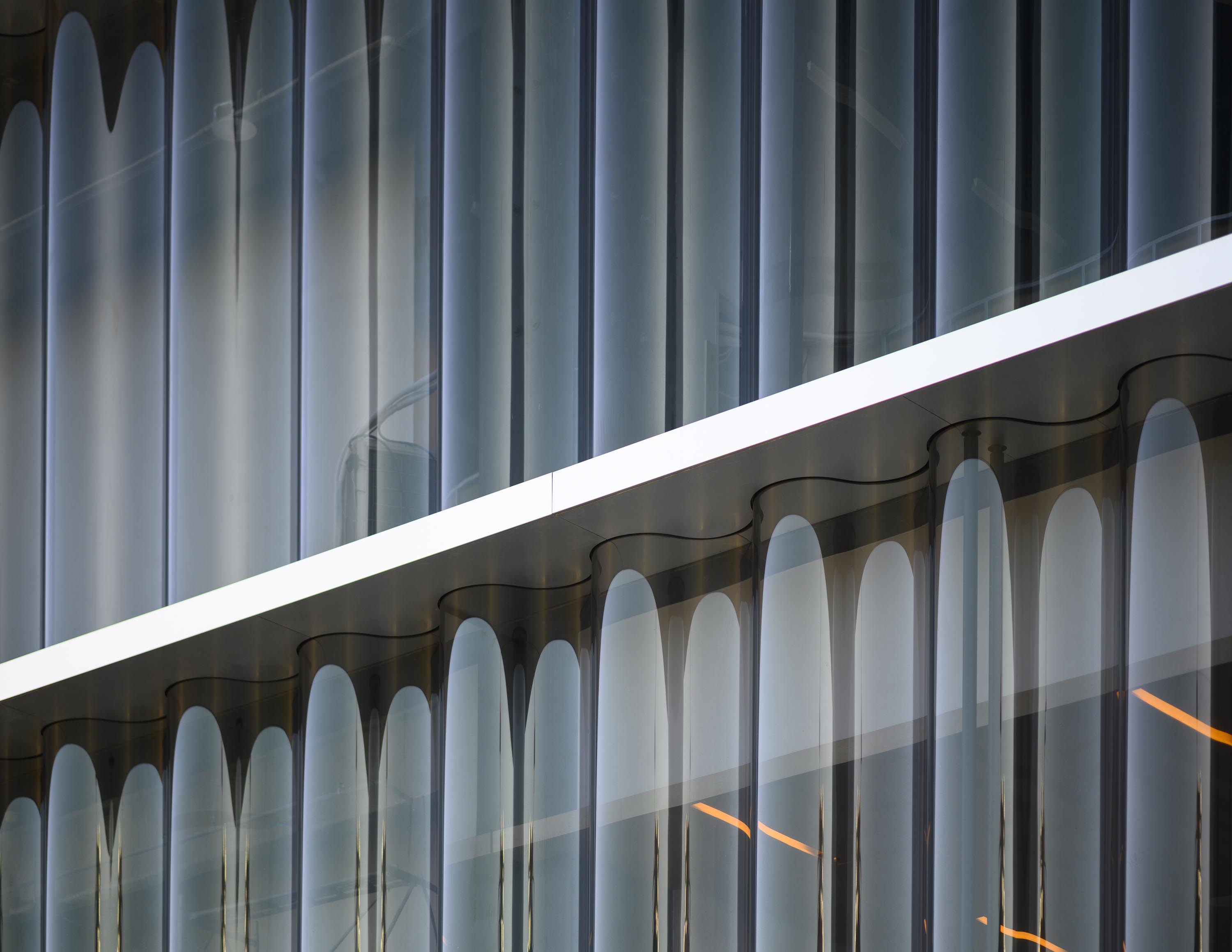